Put simply, marketing is the art (or science, if you like) of creating clients, and consequently, revenue for businesses. On the other hand, the IoT is the evolution of the Internet. What do they have in common? Let's see. 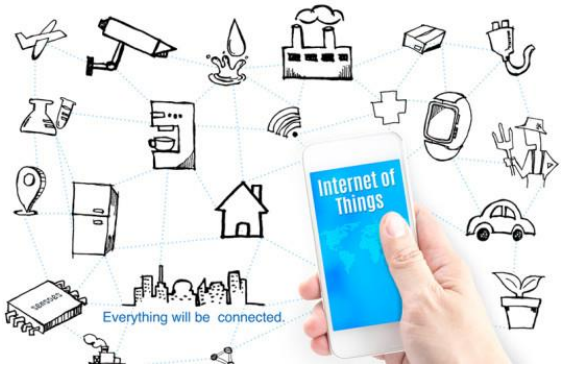 Briefly, the IoT is the Internet plus people and billions of interconnected devices, of any conceivable size and capabilities, which have even the slightest ability of interacting with their environment and communicating with other devices. The IoT encompass almost every information processing machine on earth, from parallel computer behemoths that produce weather forecasts and drones to the tiny pacemakers in patients with heart problems and remote sensor nodes that monitor environmental conditions.

In this blog note, we would like to emphasize the fact that a new paradigm of marketing is emerging, based on the IoT and collective intelligence (or crowd intelligence). This new paradigm takes advantage of the increasing processing power of people's mobile devices which include smart watches, smart phones, tablets, drones and, generally, any kind of electronic communicating device. For instance, today there are smart phones based on multicore processors with unprecedented memory capacities and powerful sensor capabilities. Nowadays, however, microchip developments have made possible the design and construction of devices much smaller than smart phones but with similar computing and communicating power. These include smart watches, drones (which, also, have the advantage of autonomous or directed movement). Beyond usual smart devices such as smart phones and tablets, there are also smart portable devices which are less familiar to the majority of people but are, nevertheless, rich in sensing, communicating and computing capabilities. Current technology makes it possible to, also, integrate a number of the sensors into miniature PCBs, comprising autonomous sensor nodes capable of detecting, sampling and transmitting a large variety of external stimuli.

But how the IoT and its unimaginable communication and data processing potential blends, together, with marketing? What is the crucial IoT characteristic that can bring real value to marketing? I believe the answer is, simply, the IoT's ubiquity in people's everyday lives. The IoT, literally, permeates time and space, and gets diffused over almost any inhabited (an uninhabited through satellites, for instance) places, giving to the marketer the unique opportunity to "follow" the consumer in his/her daily habits, mobility patterns, and preferences.

Suppose that you are a marketer looking at how you can put the IoT in action for you. How about the following scenarios?

Well, OK, let's assume that we are convinced that the IoT appears to be a valuable tool, comprising the "eyes" and "ears" of the marketer and enabling him/her to understand his/her potential customer's behavior. This, in turn, helps him/her determine their needs and preferences as they move around in his/her daily life. But one may protest here that this sounds like a "big brother" situation! Massive security and privacy breaches in social media and services provided by big, respectful, Internet players as well as rising cybercrime incidents appear to be in their prime today. And, especially, after the shocking revelations made by Snowden that we are all, actually, potential surveillance targets, all people have become suspicious about participating in massive experiments, such as the one our marketers may have in mind in connection with the IoT. In the scenarios above we emphasized the fact that there is no need to know peoples' identities. 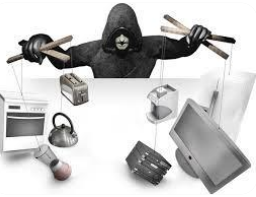 Then, what should we, marketers, do? Well, at least we should try to fortify the marketer's IoT-based tools, security and privacy-wise, and provide evidence to people that the marketer really cares about his/her personal data security and privacy. Technologies exist today (e.g. Privacy-ABCs, based on technologies of, both, IBM and Microsoft) that ensure people's anonymity while certifying, only, the characteristics that people themselves wish to reveal to, e.g., a marketing researcher's platform to aid his/her marketing research. The IoT is an unprecedented tool in the hand of every professional. At least, we marketers, should try to exploit its potential by creating innovative marketing research technologies and methodologies, designing suitable IoT-based marketing research scenarios such as the ones outlined above. Last, but not least, we should show to people that, beyond asking his/her valuable data, we care about his/her security and privacy.

This blogpost was written by Artemis Avgerou, IoT researcher